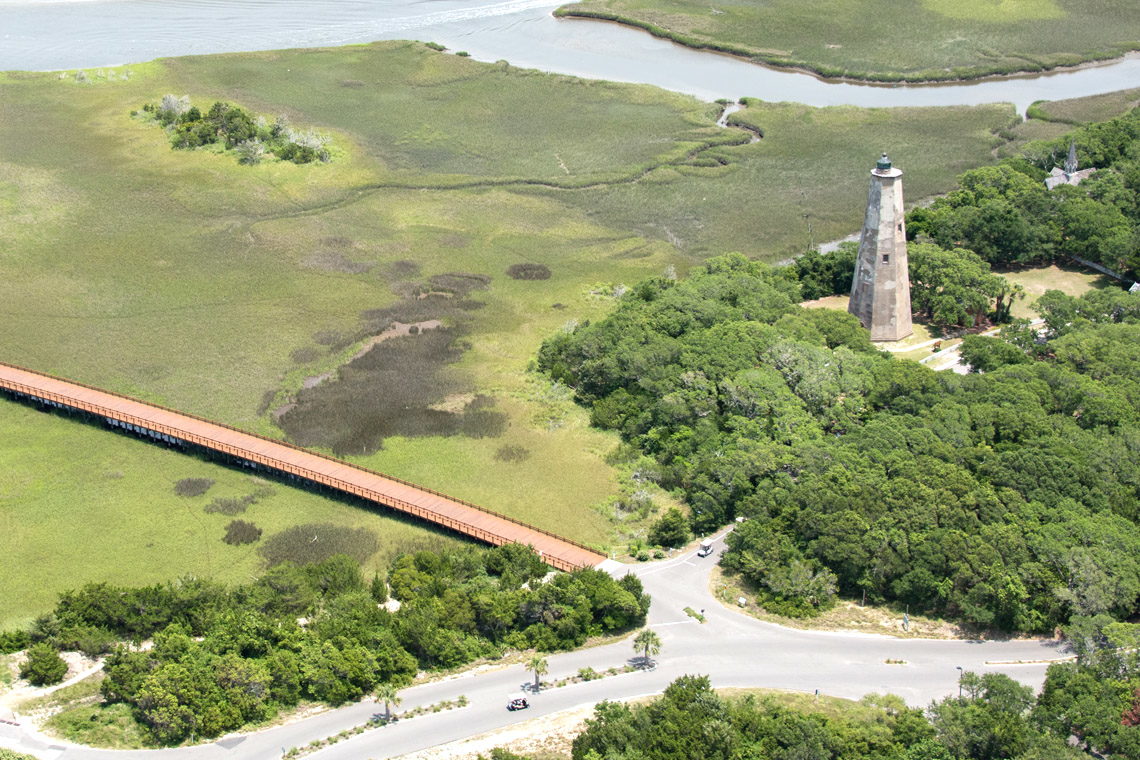 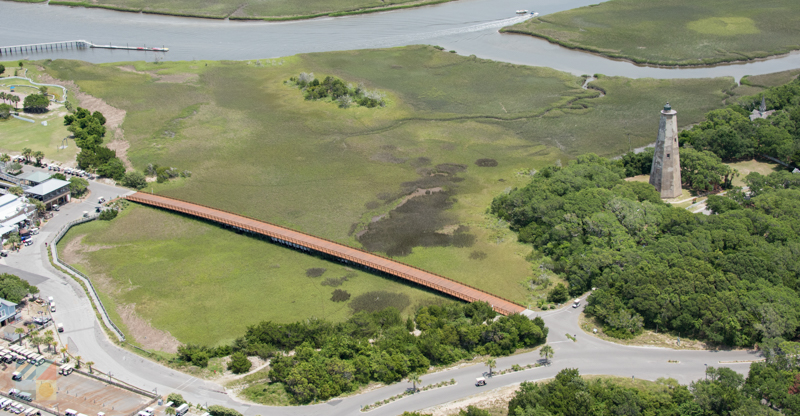 Located on the southern tip of the Cape Fear coastline, and jetting out into the ocean like a jewel of green land in a sea of blue, Bald Head Island is a beach vacation destination that is truly unique for its geography, history, and distinctive character.

Isolated from the rest of the world, but wonderfully accommodating with plenty of vacation homes and attractions, this tiny island is a paradise for nature fans, mariners, and beach lovers of all varieties. 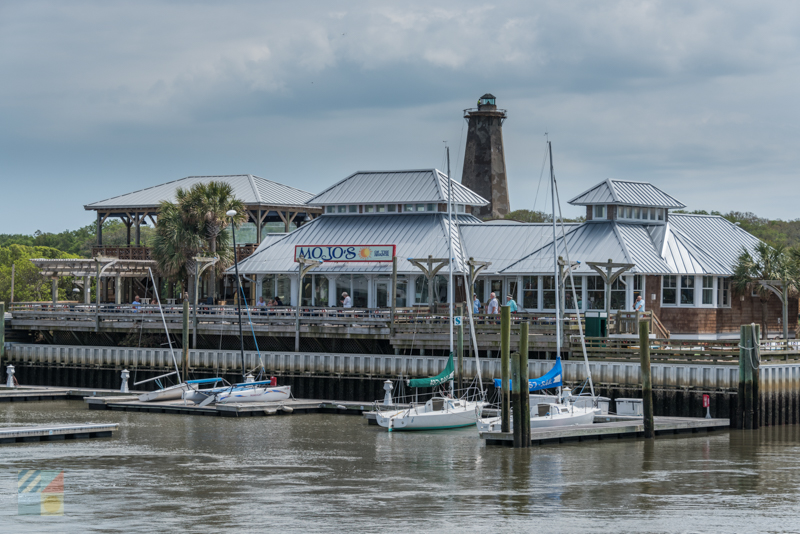 Though this tiny island measures just 5.8 miles in area, (which includes 1.9 miles of water), it has a lengthy history that dates back centuries before America was founded. Originally occupied by Native Americans, the island was pinpointed by multiple “New World” explorers in the 1500s and 1600s, and would later serve two important roles during two major American wars – as the site of a British Fort during the American Revolution, and as the site of a Confederate base during the Civil War.

The island would also be an essential point for mariners heading up the Cape Fear River to the busy port town of Wilmington, as it was the home of several lighthouses since the late 1700s that helped to guide the way. 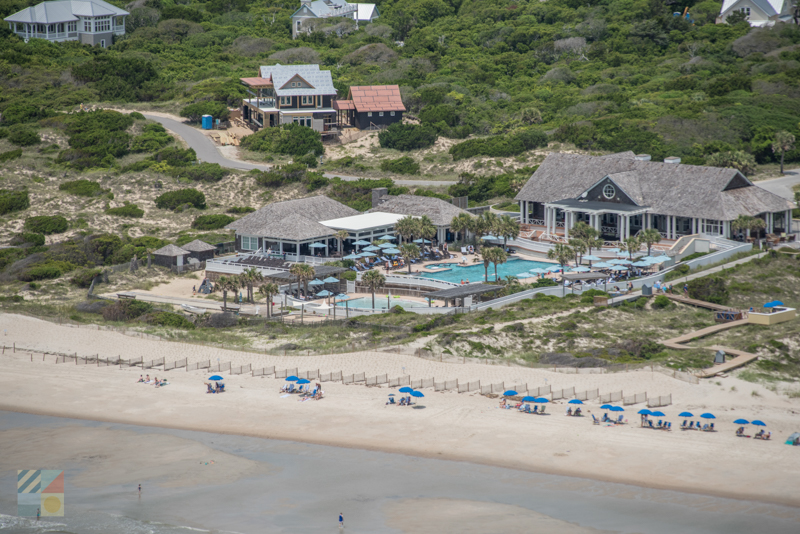 Despite this notable role in national history, Bald Head Island didn’t really come to regional or national prominence until the 1980s, when the island started to become developed as a tourism destination.

Today, the island has several hundred vacation rental homes and lodging options, but is wholly unique on the Cape Fear coastline for several reasons. For one thing, it can only be reached by a passenger ferry that departs from Southport, and for another, there are no vehicles on the island. Essentially, visitors cruise around the island via golf carts or bicycles, and because of the small area, it’s actually quite easy to get around without a car. 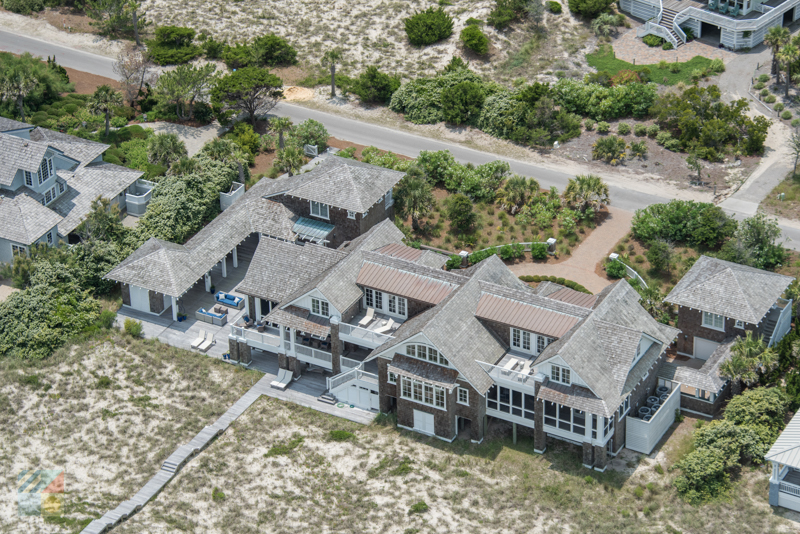 Though most of the island is nicely isolated and quiet, a slight hub of activity can be found close to the ferry docks, next to the main harbor. This is where several inns can be found, as well as restaurants, watersports companies, gift stores and boutiques, and other shops where visitors can stock up on everything they need.

Truly in a world all its own, Bald Head Island is one of the more distinctive vacation destinations because of its isolation, natural terrain, and laid-back lifestyle where summertime traffic is never a problem. 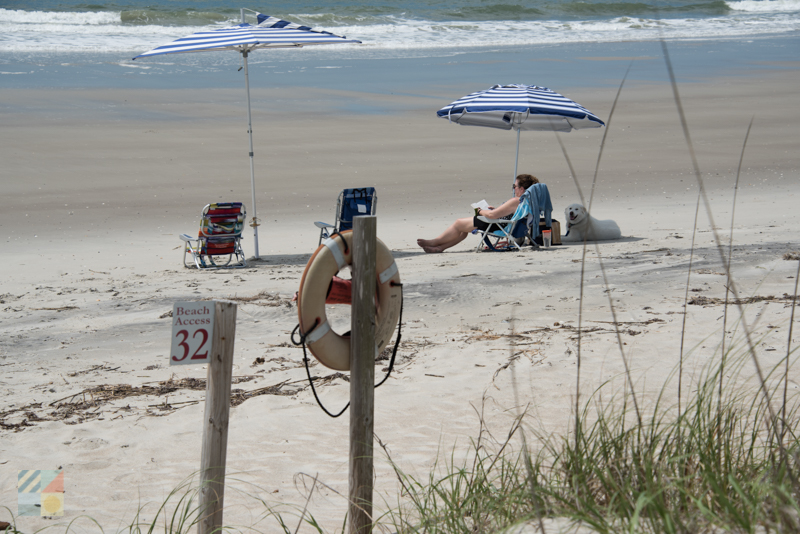 There are several inns and several resorts on Bald Head Island, but the primary means of accommodations are vacation rental homes. These properties can range from 2-3 bedroom cottages to six bedroom or more sandcastles, and are located throughout the island from wooded settings to oceanfront locations.

Vacation rentals can be reserved through the local property management company on a weekly basis, and visitors are advised to book as early as possible as accommodations can fill up fast. Ferry reservations for the date of departure are also required in advance, and should be made at or around the same time as a vacation rental reservation.

Bald Head Woods – Bald Head Woods is a 191-acre nature reserve which is found in the heart of the island. The site features multiple walking and hiking trails, and incredible vantage points to admire the local wildlife and birds. The interpretive trail leads through coastal maritime forest and marshes, and a portion of the trail is wheelchair accessible.

Bald Head Island Club – Bald Head Island Club is home to the island’s 18-hole championship course which extends for 6,855 yards, and which features freshwater lagoons, maritime woods, and sandy dunes overlooking the Atlantic Ocean. The club also has a number of amenities for members and guests, including a pool, tennis courts, fitness center, and banquet / special event facilities.

Bald Head Island Beaches – The beaches are literally and figuratively the largest attraction within Bald Head Island, and there are miles of shoreline to go around. Noted for their isolation and undeveloped nature, the beaches are ideal for surfing and swimming, beachcombing and shelling, fishing, and just lounging on the sand.

Bald Head Island is truly a world all its own, with a slower pace of life that will appeal to beach purists everywhere. With stunning natural scenery and ample ways to enjoy the great outdoors, Bald Head Island is a vacation destination that’s as distinctive as it is wildly charming. 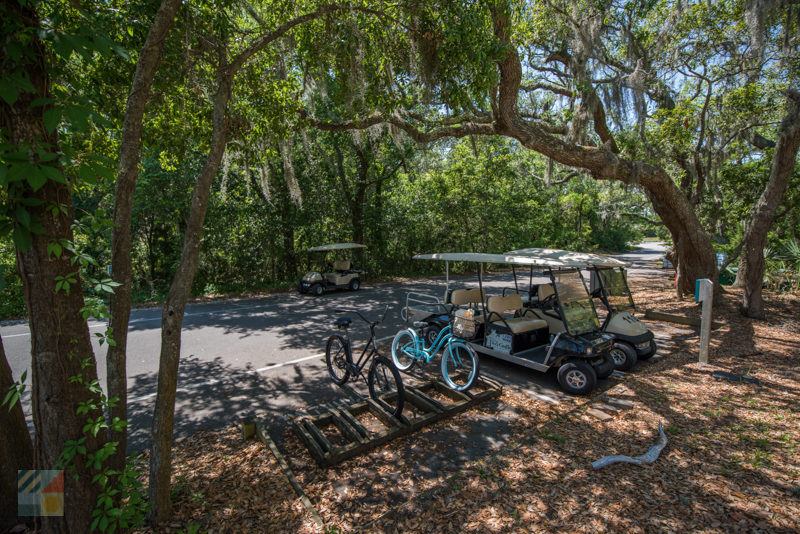 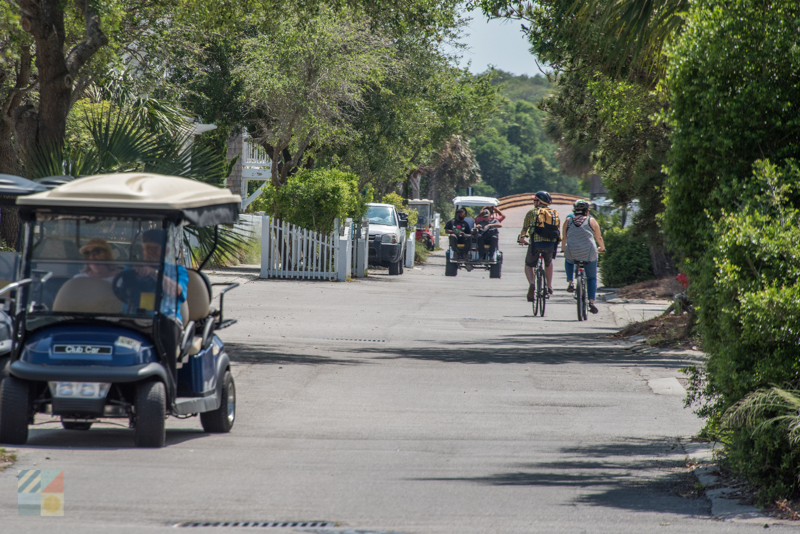 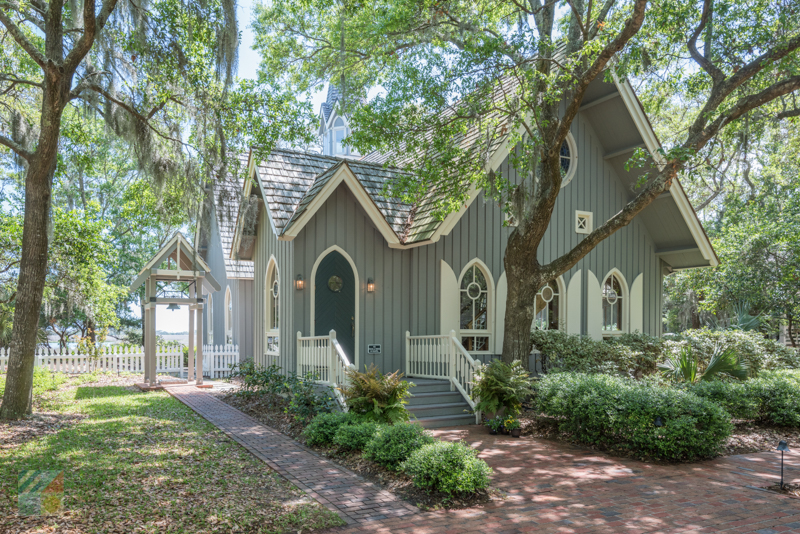 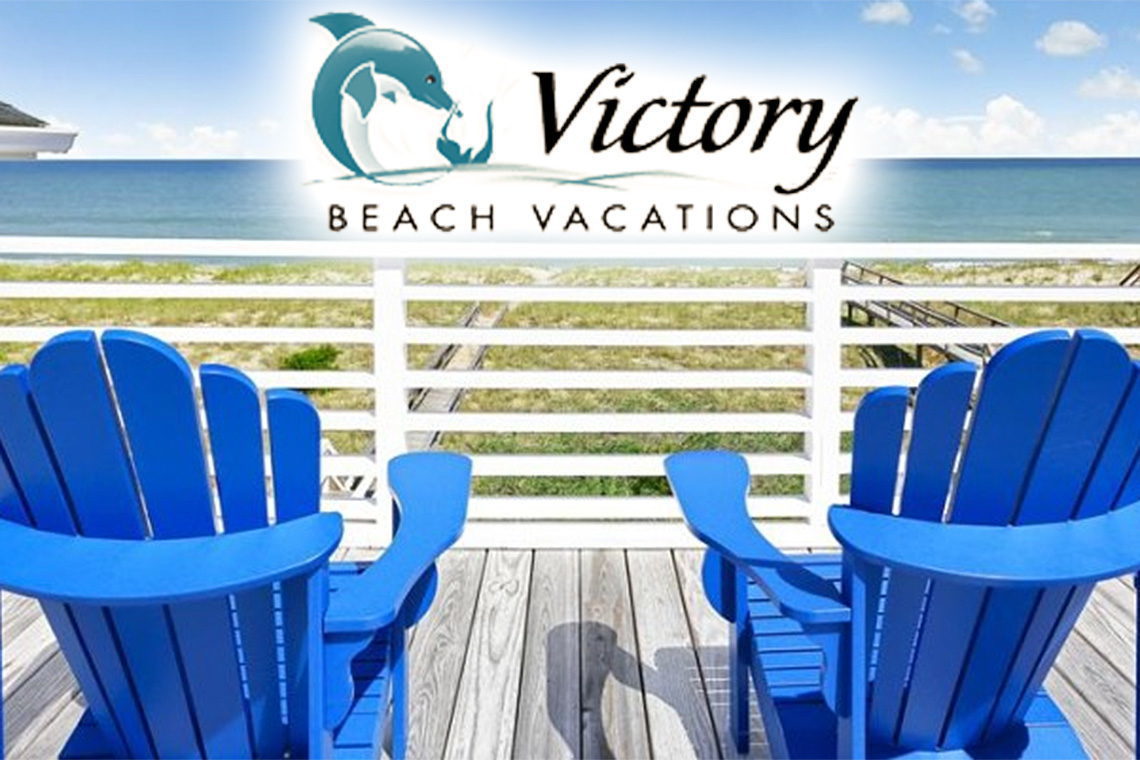 Visitors who are on the hunt for the postcard-perfect vacation rental in the heart of the Carolina Beach or Kure Beach area will find an enticing selection and plenty of friendly customer service when they rent through Victory Beach Vacations. Based in Carolina Beach in the coastal Cape Fear region, Victory Beach Vacations has more than 100 vacation rentals in all shapes and sizes to ensure that every vacationing family can find their dream home away from home on the beach.   When you book your Cape Fear getaway with Victory Beach Vacations, the fun doesn’t end when you leave the beach, it continues with an array of privately-owned properties outfitted with all of the amenities needed for a fabulous beach vacation.   Jenna Lanier, General Manager, explains that her family first opened the rental and property management business in 2002. At the forefront of Victory Beach operations is Lanier’s mother, Caroline Meeks. Meeks is both the Broker in Charge and co-owner with husband, Buck Meeks, who manages the Field Services team with Lanier’s husband, Scott.   For nearly 20 years, the Victory Beach team has worked tirelessly to establish a network of top-of-the-line rental properties for Cape Fear visitors to enjoy. “As far as our properties go,” explains Lanier, “they are all updated, well-furnished and appointed. “We have always performed post-cleaning inspections and since the pandemic, have put freshly laundered duvets over all of the comforters between rentals.”   Lanier emphasizes how important the guests experience is “we strive to give our guests a relaxing, stress free, memorable vacation.” This emphasis on customer service has led to Victory Beach Vacations having a 4.8 Google rating with over 300 reviews by happy owners and guests.In addition to Victory Beach’s superior sanitation practices, the company offers properties for every type of visitor. Choose from luxury oceanfront houses and condos to more reasonbly priced 2nd row properties with oceanviews. Many properties include pools and hot tubs as well, perfect for outdoor entertaining, and many are dog friendly.   Lanier also notes that all properties are within walking or driving distance to Pleasure Island’s main attractions – Carolina Beach and Kure Beach. The former, as described by Lanier, is the more commercialized of the two destinations and features a boardwalk, outdoor dining options and a plethora of weekly activities including fireworks, live music, amusement park pop-ups, and movies under the stars. Kure Beach offers a more residential feel with its fishing pier, intimate restaurants and family favorite, North Carolina Aquarium at Fort Fisher.More water fun awaits, too. “There is a harbor and a canal that feed into the intercoastal. We have several properties on the harbor so guests can bring their boat, kayak, [or jet ski] and travel between islands,” says Lanier.   A stay with Victory Beach Vacations is an annual pilgrimage for most. “A large percentage of guests are previous guests. Some even reserve the same property for the next year as they’re checking out,” Lanier says. “It’s almost like it’s their personal vacation home.”   Even before guests arrive at their vacation destination, the Victory Beach Vacations’ website greets them with a live beach cam and exquisite aerial footage of both Carolina and Kure Beaches. See for yourself by scanning the QR code and call Victory Beach Vacations at 910.458.0868 to book your Cape Fear getaway. Start making your memories today! —Grace Silipigni 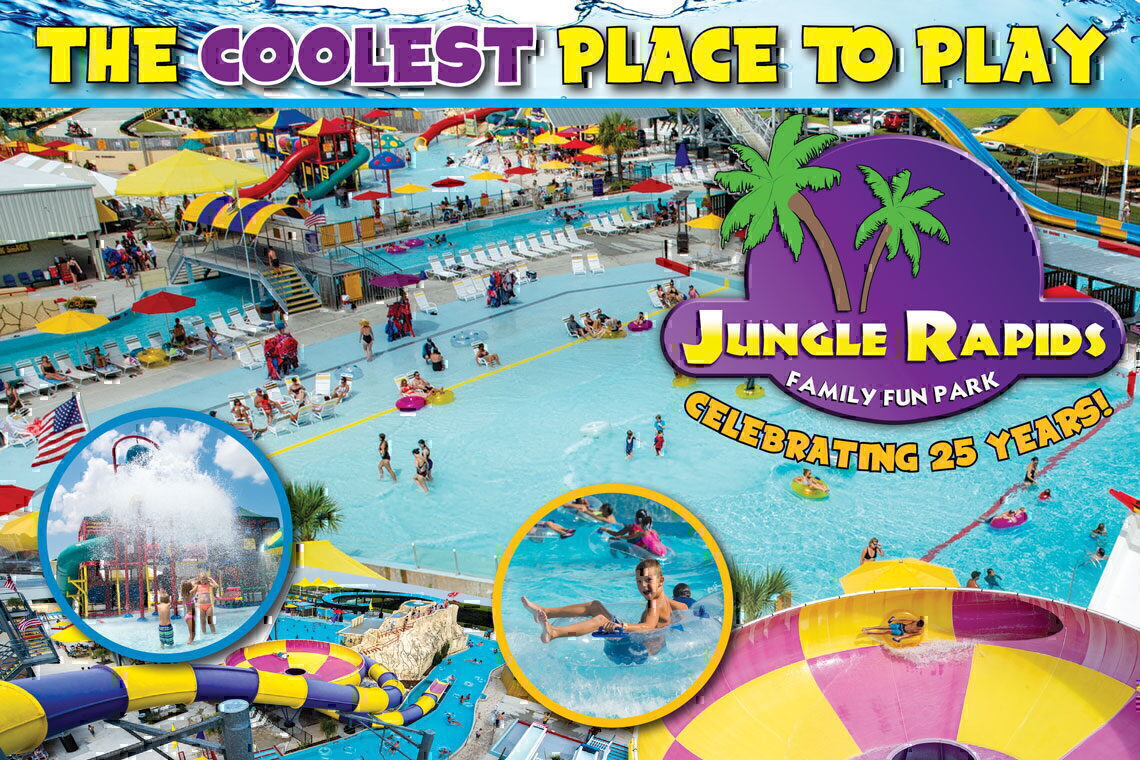 There’s an ocean of adventures waiting for visitors at the Jungle Rapids Family Fun Park. Featuring a full range of entertainment options including a water park, mini golf course, go karts, arcade, and so much more, veritably every visitor under the sun can enjoy an active excursion or just a day of splashing around at this all-encompassing amusement center. 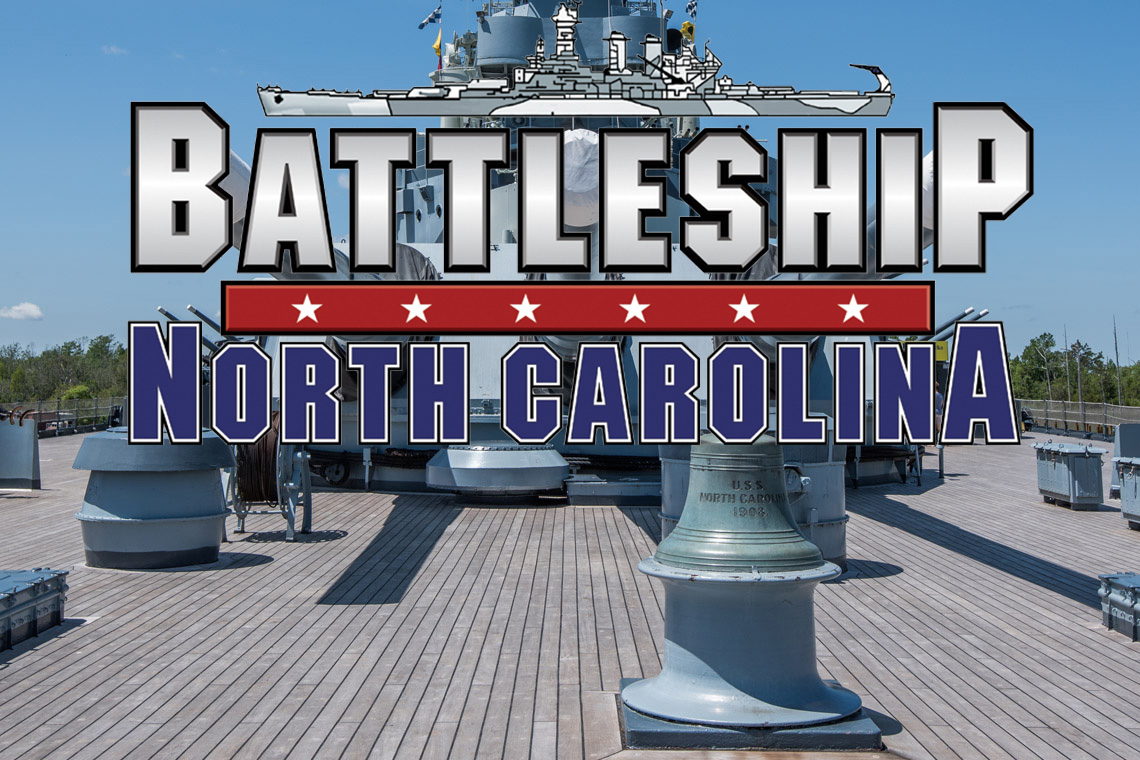 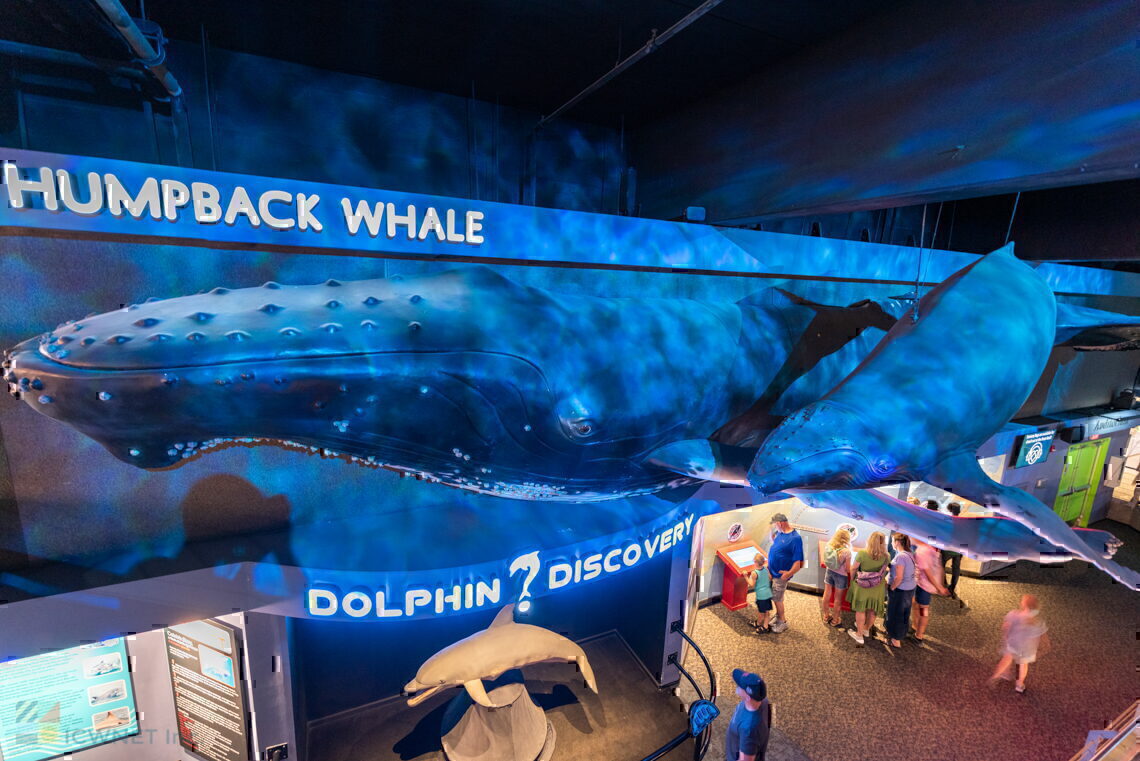 The fascinating galleries throughout this extensive complex encourage visitors of all ages to meet and mingle with their aquatic neighbors, from interactive exhibits to "touch tanks" where patrons can have personal encounters with local bamboo sharks. This all-encompassing approach to maritime education has made the North Carolina Aquarium at Fort Fisher one of Carolina Beaches' most popular local attractions, and is a fun day trip for any Coastal Carolina visitor who wants to get their feet wet in the unique and varied wildlife habitats located just offshore. 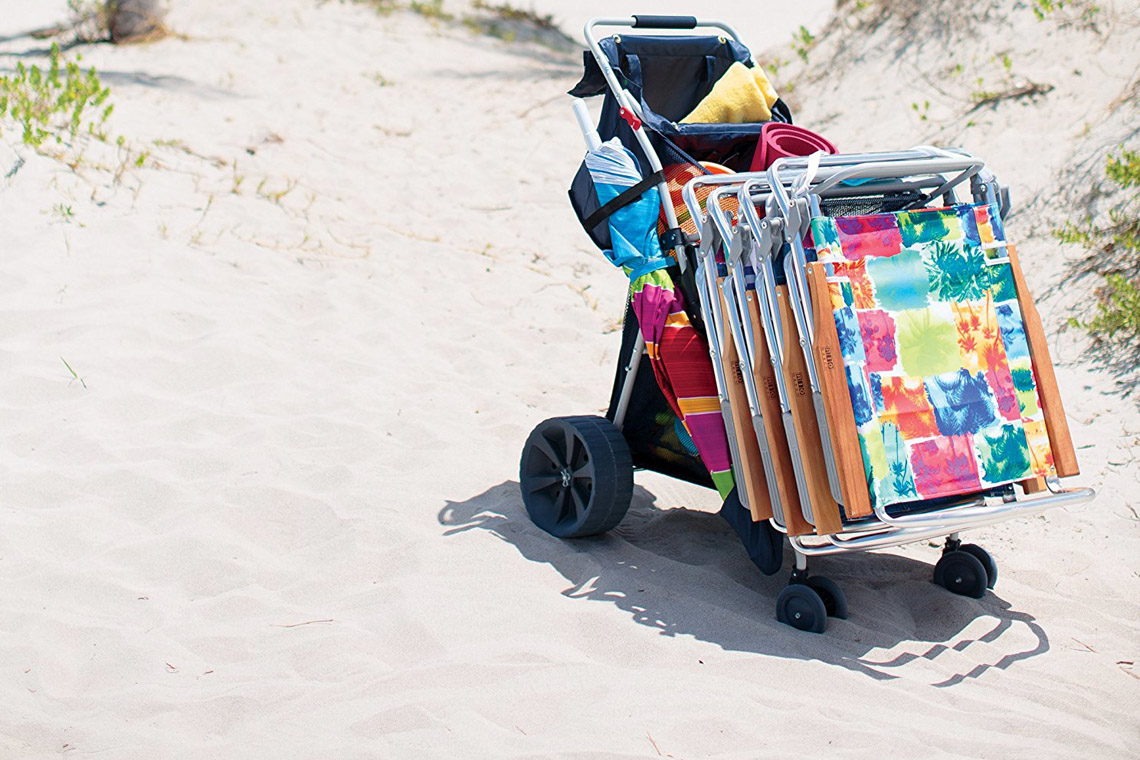 For families travelling to the beach, or fishermen carrying tackle/coolers, a beach cart can be the best purchase of your vacation. These carts feature extra-wide wheels to move across soft sand, even when loaded. Carts are often built for specific scenarios, so think about the gear you’d be putting on your cart before making a decision. 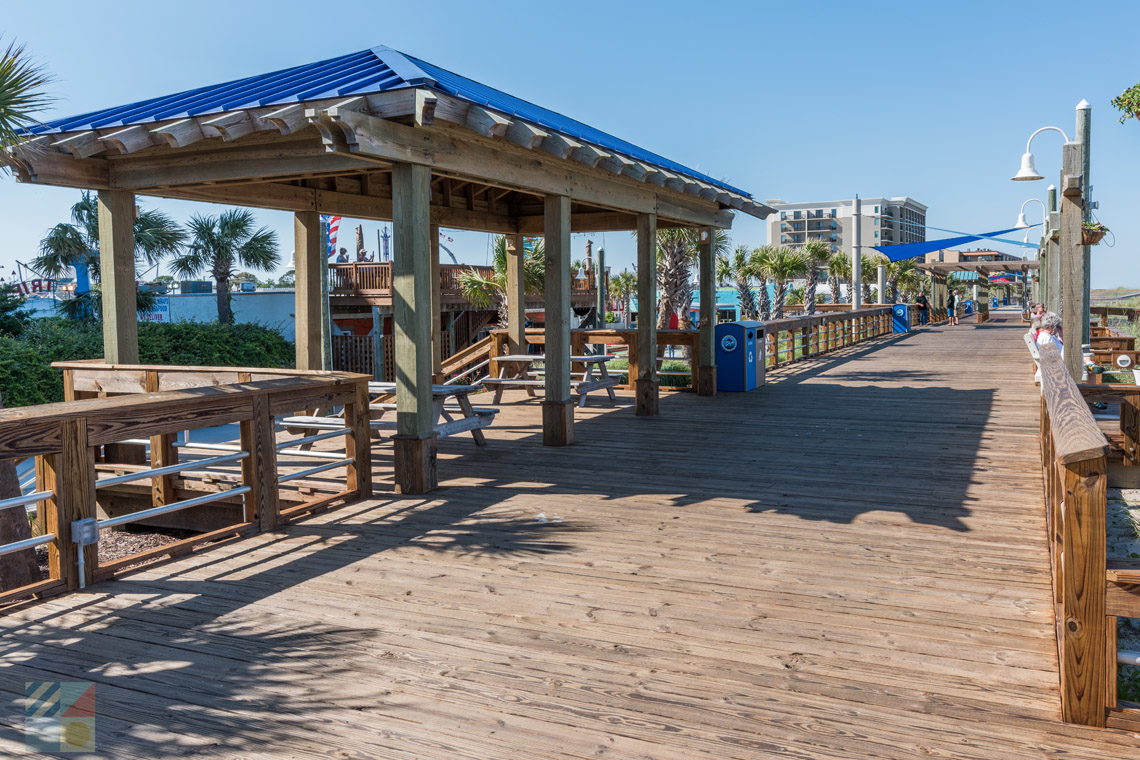 The Carolina Beach Boardwalk is the place to go for family-oriented or even late-night fun after a sunny day on the beach. Noted as one of the top 10 boardwalks in America by Food & Wine magazine, this classic oceanside boardwalk features a full host of shops, amusements, restaurants, and nightlife for visitors of all ages to explore.